I don’t know about you, but I hate getting hurt. I mean, I really hate it when I get hurt. The occurence is far from rare in my life; I’ve had surgery on my left elbow (bone spur), left knee (torn meniscus) and right shoulder (torn labrum) twice. Hell, I even have a metal anchor keeping the loose flap of cartilage down in my shoulder. It wasn’t until recently that learned how to keep a lot of recurring pain away.

With fantasy baseball, though, you start hating it when other people get hurt, namely the big studs on your roster who you drafted early. Last year, I took Jose Reyes as my first-round pick (fourth overall) and not only did Reyes go down for the rest of the year in early May, the rest of my team resembled the Mets M*A*S*H-unit: Ian Kinsler, Nate McLouth, Roy Oswalt, Aramis Ramirez, Joey Votto and so-on and so-on. Now this year, I already had seen Brett Anderson and Miguel Montero miss most of the year when the worst news hit on Thursday:

Colorado SS Troy Tulowitzki was placed on the DL with a fractured left wrist. Expected to miss six-to-eight weeks. My reaction? 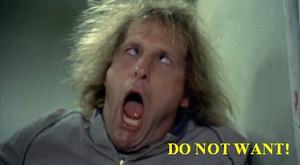 Yeah, I guess you could say I was not terribly pleased with that news. But this is a point in the season that can determine whether or not you are, in fact, a good fantasy owner: a top player on your team in a shallow position goes down with a long-term injury. What do you do? How will you recover…if at all?

First things are first: who got hurt? If the answer is a first baseman or outfielder, you’ve got plenty of secondary options available. But, if the player in question is a shortstop or catcher, things get very difficult. Not only are there very few reliable options available in the free agent pool, but if you were to explore a trade for a replacement, the person you’d try to bargain with can command a higher-than-normal asking price. Simple supply-demand logic. 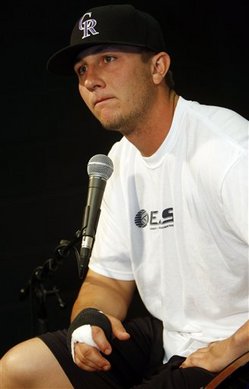 To combat this problem, you have to anticipate the catastrophic injury before it happens–and with injury-prone positions like catcher and shortstop, it would behoove one to do so. Every week or so, look through the free agent pool at the positions in question and add whichever players look interesting to your scout team or watch list. As the season goes on, if some players’ production tails off, don’t think you’re obligated to keep them on your watch list. I find that if you remove the failing players and keep the ones who are succeeding, you eliminate unnecessary options that could make you over-think your decision, make you hesitate and eventually lead you into selecting a regrettable choice.

Another thing to keep in mind is to lower your expectations for your replacement player, whether you’re activating him from the bench or picking him up out of the free agent pool. As in the case of Tulowitzki, you almost will certainly not find another shortstop capable of posting an OPS north of .850. The focus should be on finding a player who has shown a history of–and gives you a legitimate reason to believe–putting up above-average numbers. Then there are the usual splits you hopefully already consider when making any personnel move: how Player X does in such-and-such a month? Is Player X a first-half or second-half player? Who is batting ahead and/or behind Player X in the order? You get the picture.

Lastly, consider how much time your injured stud will miss. If he’s on the 15-day DL and not expected to stay beyond that amount of time, picking up a flavor-of-the-week won’t hurt you. But if the fallen soldier in question is set to miss a month or two of action, target more players who have a history of sustained production.

Will there be some compromise involved? Of course. Are you sorely lacking in one category or another? That would certainly come into play during the decision-making process. Also, consider where you are in the standings. If you’re far ahead or way behind, your decision probably won’t carry as much weight as it would if you were a game out of the playoffs or were holding on to first place by a thread. 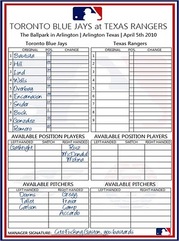 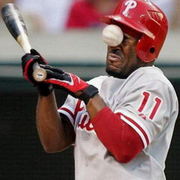 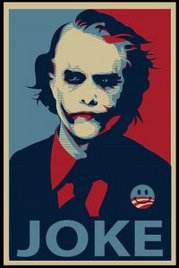 I’m starting to believe that the Blue Jays have it in for The Men Who Laugh, I really do. I draft Adam Lind in the third round and he performs like someone taken in the 30th round. I pick up Jose Bautista as he’s starting to get hot, cut him when he cools down a little, then he goes bonkers the very day I release him for Travis Snider (who gets DL’d the very next day). I hesitate for a day on Ricky Romero and miss out on one of the best pitchers in the AL. Now, I cut a then-slumping John Buck on Monday morning and he proceeds to score 27 points this week while I start Ivan Rodriguez (2 pts) and sit Miguel Montero (24.5 pts).

Still, I managed to pull out a come-from-behind victory, thanks in part to McCutchen and Neftali Feliz, who as a closer, outscored all but one of my opponents players. You know what they say: sometimes it’s better to be lucky than good.